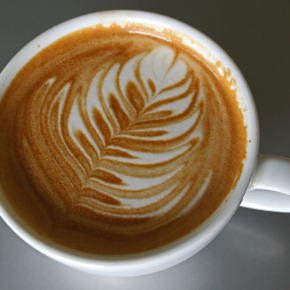 10 Brief Minutes in the coffee shop. There is a man with giant mushroom caps spread out on the table in front of him. Moments later, a baby with blond, curly hair reaches out to his Dad who pulls a small toy from his work jacket.  The baby grins and grabs for it.  I speak briefly to the man with the mushrooms because I’m curious and he seems sane enough. I don’t speak to the baby and yet I have a vivid image of him smiling in my mind.

These are ordinary moments, and yet they stay with me for days. Why?  Because they illustrate three basic truths about influencing that can easily be applied by all of us:

Leverage the Power of Story. The baby gestures to Dad, Dad delivers the toy, the baby smiles. What a quick little story of customer satisfaction. If only all our business presentations could be so simple! And yet, the simple act of taking an idea and using a story to ignite emotion is often enough to inspire action.  Start telling your stories.

Stand Out from the Crowd.  When you have an idea for your team or company that falls outside the norm – share it, make it visible. It may seem like everything worth considering has already been thought of – except it’s not true.  It’s the idea that stands out, that is remarkable and thus worth commenting on that is more likely to get our attention.  It may later prove to be a clunker or the next iPhone.  Risk giving it the light of day. I started talking to the mushroom guy primarily because it was so unusual to see a tabletop display of mushrooms in a coffee shop. He stood out.

It Really is About Them.  Oftentimes at work we get so caught up in what we are trying to do that we lose sight of why the work is being done, and who it is being done for.  The consumer should be driving what you are delivering, not the other way around. Put yourself in their shoes and speak to them from where they live.

What Do You Say?

What would be the equivalent to “mushroom guy” in your organization?

What’s been your experience when putting yourself in someone else’s shoes and considering their perspective?

← 3 Things to Ask About Change
Holiday Fun – Hold the Drama →

"Kim’s training methods and passion for the subject and participants are highly effective! She makes the learning fun and highly results oriented!”